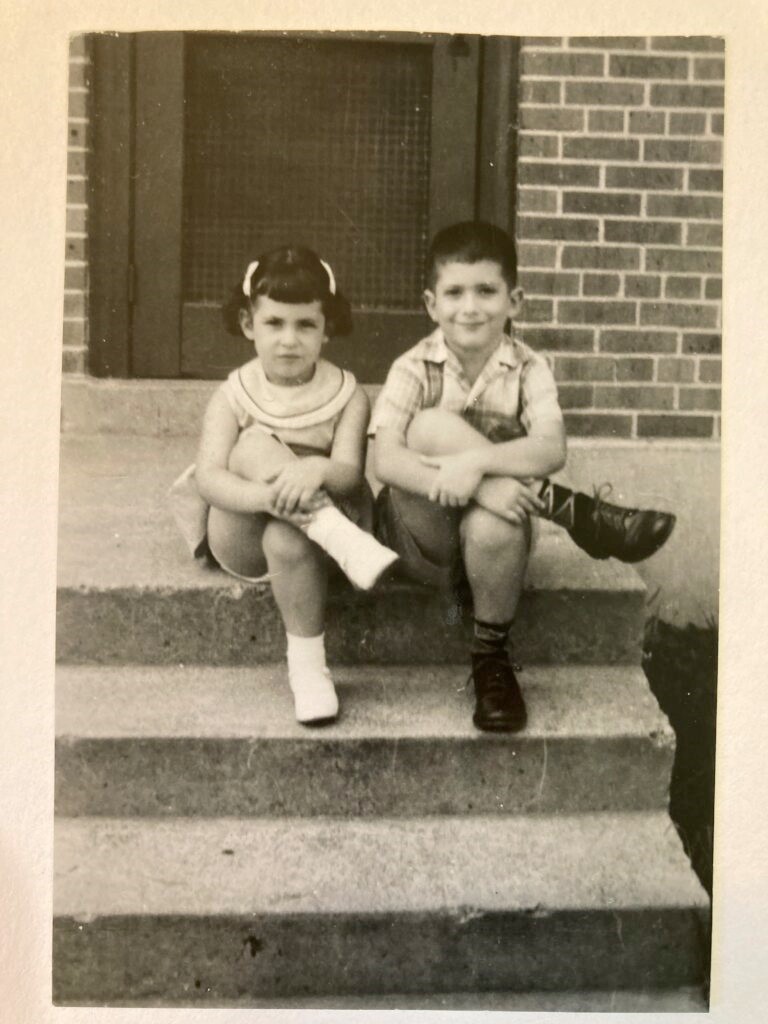 Orphaned at age 11, Marlene Trestman grew up in New Orleans as a beneficiary of the Jewish Children’s Regional Service (JCRS), the social service agency that succeeded the Jewish Orphans’ Home in which legal trailblazer Bessie Margolin grew up. Like Margolin, Trestman attended the Isidore Newman School, which the Home established to educate Jewish orphans alongside children from the community whose parents paid tuition.

These shared life-changing experiences — a half-century apart — prompted Trestman to meet Margolin in 1974, and to spend time together over the next decade while Trestman attended Goucher College and George Washington University Law School and began her career as a public lawyer. 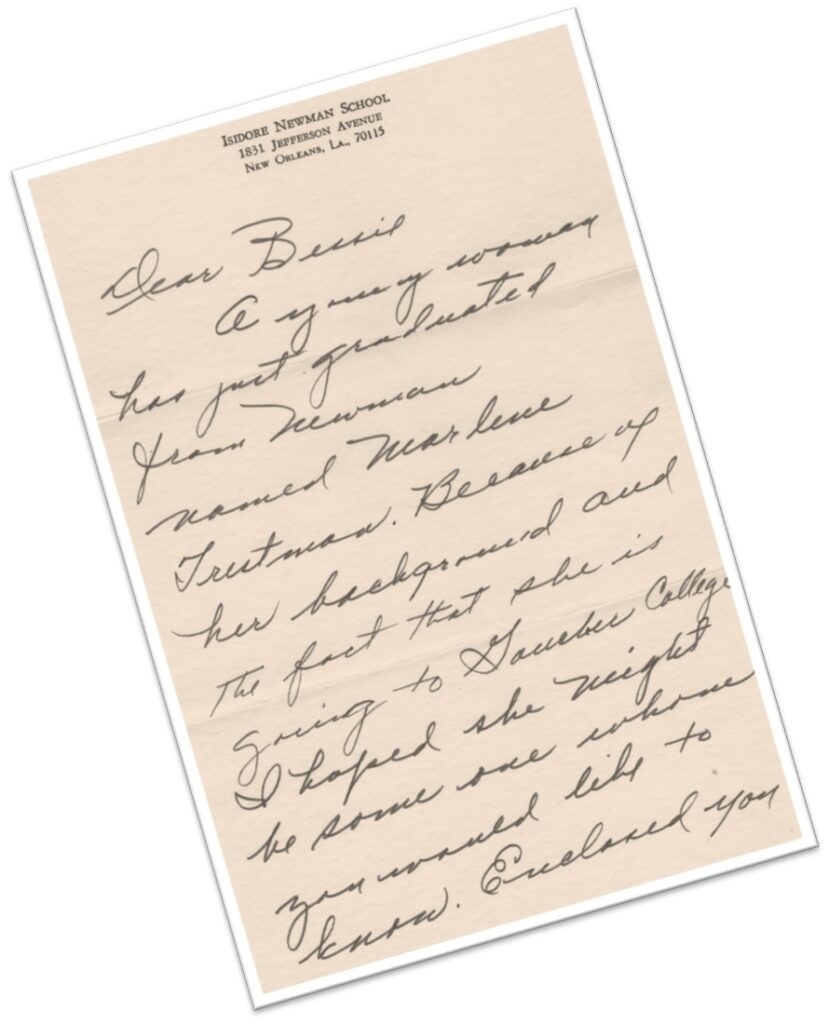 This 1974 letter from Newman School’s principal Anvilla introduced college-bound Marlene to Bessie Margolin, a distinguished Newman alumna who graduated in 1925. 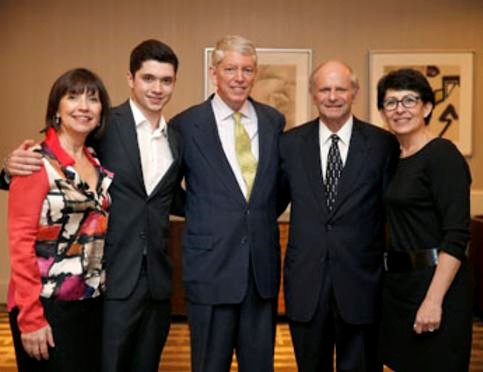 The idea of writing Margolin’s biography took hold as Trestman prepared for JCRS’s 150th anniversary, slated for fall 2005. When Hurricane Katrina blew away the planned event, Trestman was already committed to the project. Margolin’s family granted Trestman long-term use of their aunt’s papers while Margolin’s former colleagues at the U.S. Department of Labor and other people who knew her best granted interviews, sharing essential details and context. Trestman’s work finally culminated in 2016 when LSU Press published Fair Labor Lawyer: The Remarkable Life of New Deal Attorney and Supreme Court Advocate Bessie Margolin.

By the time Fair Labor Lawyer launched, Trestman decided to tell another untold story: the history of New Orleans’ Jewish orphanage from its founding in 1855 until its closure in 1946. For nearly two decades after the orphanage closed, the imposing red brick building (in which Margolin had lived) housed the Jewish Community Center and JCRS’s offices. Throughout the 1960s, before and after the old building was replaced by the current JCC, Trestman regularly visited the site to attend JCC summer camp, take ballet lessons, and meet with JCRS social workers. She was also keenly aware that — had the Home remained open — she would have lived there. 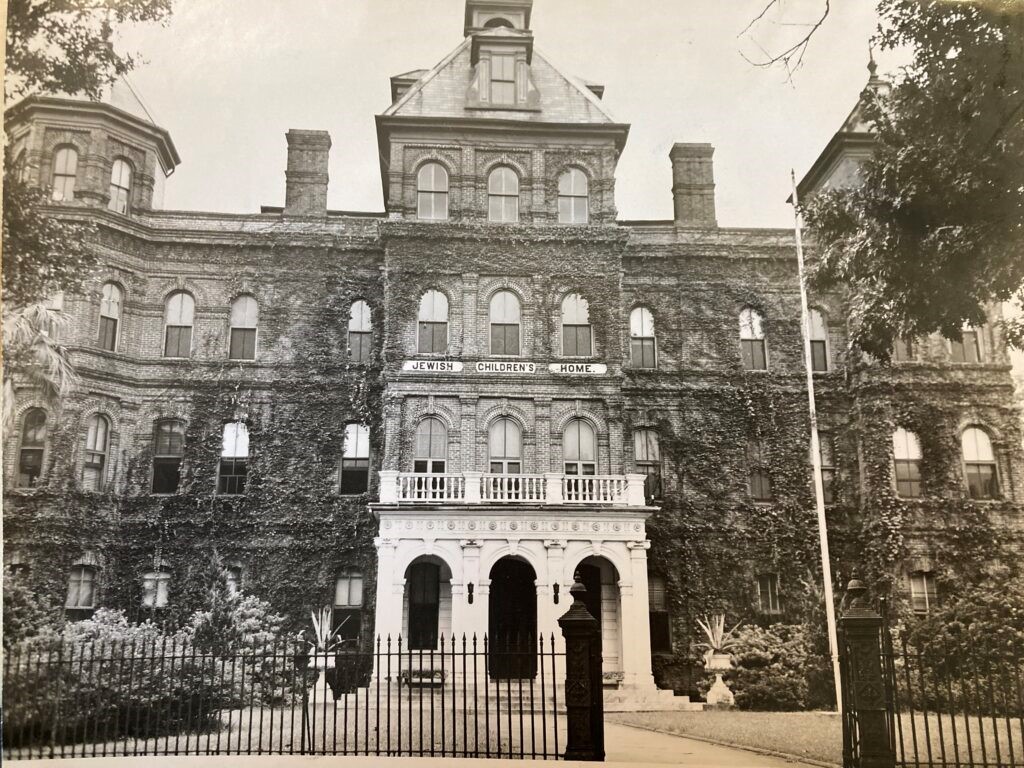 The Home on St. Charles Avenue as it appeared before its 1946 closure and occupancy by the JCC. In 1964, the JCC replaced the building with a modern, two-story, all-white structure that remains today.

The years Trestman spent researching and writing about Bessie Margolin, one of the Home’s many accomplished alumni, only deepened her curiosity about the orphanage, the Jewish community that sustained it, and most especially the children who lived there. Through extensive archival research and nearly 100 interviews of Home alumni and their descendants, Trestman achieved her goal. In fall 2023, LSU Press will publish Most Fortunate Unfortunates: The Jewish Orphans’ Home of New Orleans.

Marlene Trestman is a former special assistant to the Maryland Attorney General, where she started her 30-year legal career. A Phi Beta Kappa graduate and former trustee of Goucher College, she earned her MBA from Loyola of Maryland where she later taught law. Trestman twice received the Attorney General’s Exceptional Service Award and in 2004 was named Isidore Newman School’s Distinguished Alumnus. For her writing, she has received awards and generous financial support from the Supreme Court Historical Society, Hadassah Brandeis Institute, National Endowment for the Humanities, American Jewish Archives, Texas Jewish Historical Society, and Southern Jewish Historical Society. Trestman lives in Baltimore and enjoys frequent visits to New Orleans, where she helped curate the permanent exhibit about the Home for the Museum of the Southern Jewish Experience.