Rabbi Jacob Korn, a scholar, linguist, and conservatory-trained cantor, married Anna Bernstein, the daughter of the chief rabbi of Breslau, Germany. By 1891, several years after coming to America, the family settled in Woodville, Mississippi, where Jacob served as rabbi. In October, weeks after giving birth to their ninth child, Marcus, Anna was admitted to the state mental hospital in Jackson, Louisiana.

Over the next year, unable to care for his large family without his wife, Jacob admitted Marcus and his five other youngest children (Hyman, Judith, Abraham, Miriam, and Esther) into the Home. While in the Home, twelve-year-old Hyman died while being treated at Touro Infirmary for an unrecorded illness; mother Anna died in 1898. By 1906, Judith, Abraham, Miriam, Esther, and Marcus were discharged to older siblings in New Orleans, where they kept close family ties. 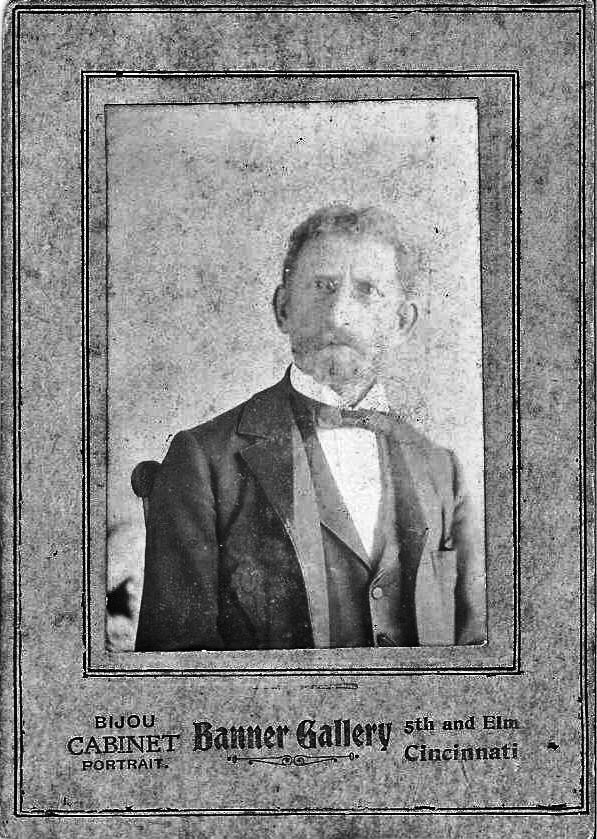 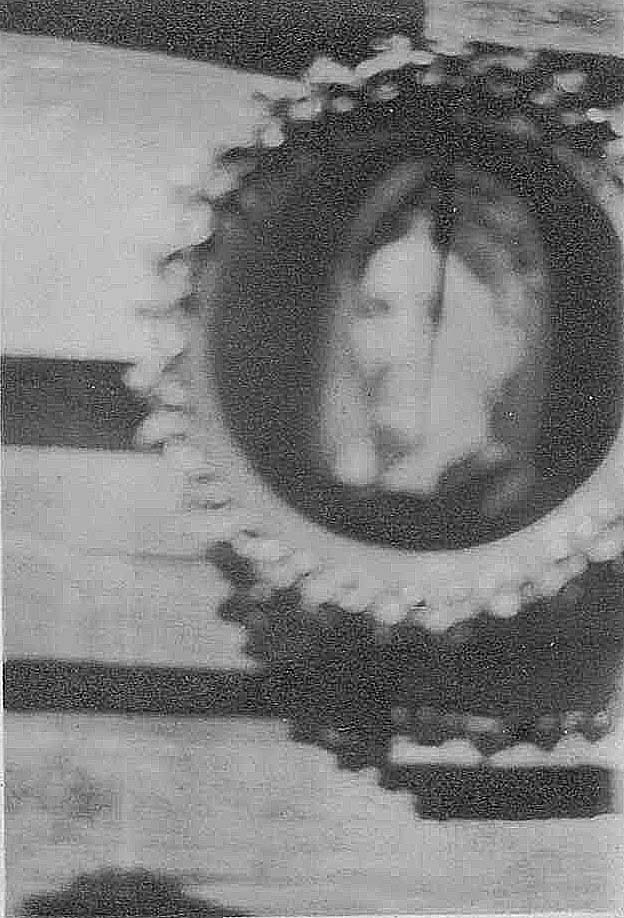 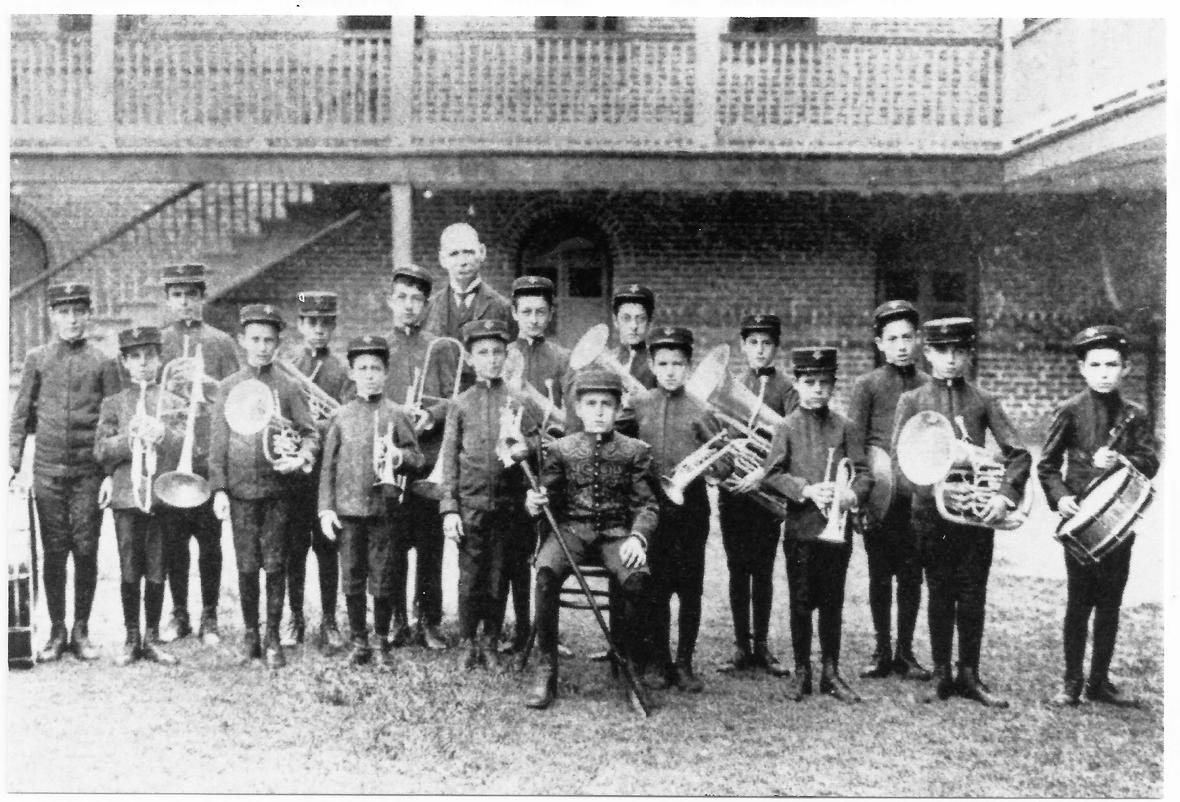 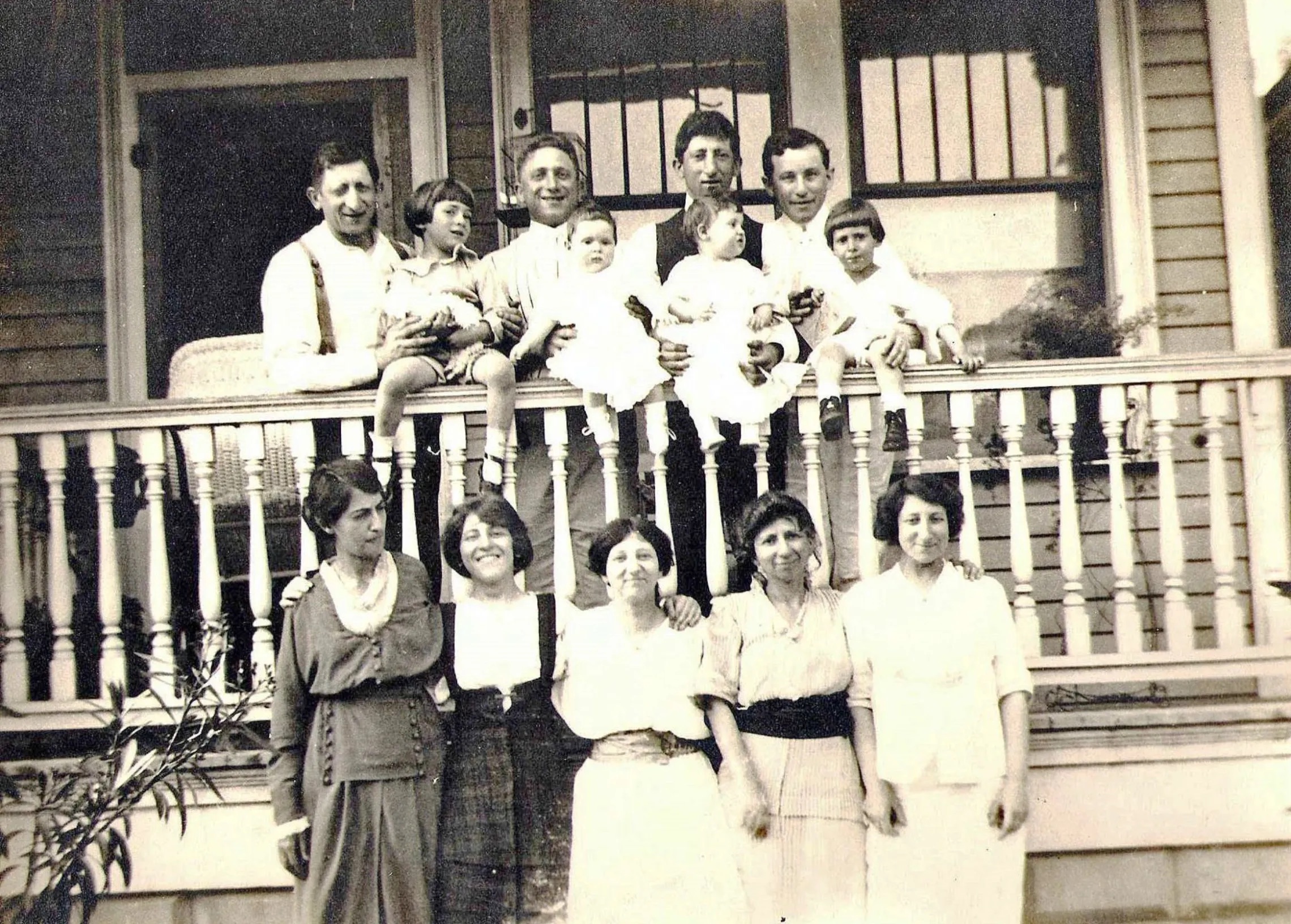 This 1915 photo, courtesy of Hank Greenwald, reflects the close family ties retained by the Korn siblings. Outside the family’s Perrier Street home, from left, Montague Korn (an older sibling who did not live in the Home), stands next to brothers Marcus Korn (holding sister Esther’s son) and Abe Korn (holding his daughter) and brother-in-law Leslie Greenwald (holding his nephew). In front, from left, are Abe’s wife Sara Parody Korn, Miriam Korn, Rosa Korn (who also did not live in the Home), Esther Korn Graff, and Judith Korn Greenwald. For more family history, visit Hank Greenwald Stories.